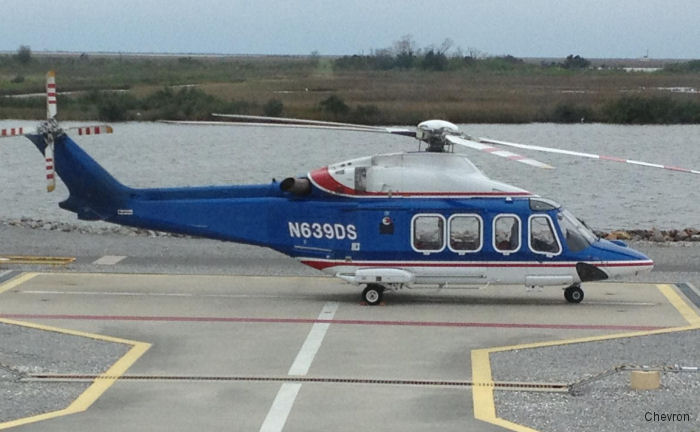 U.S.-based energy giant Chevron has revealed that its game plan during the Gulf of Mexico’s six-month hurricane season includes making sure its helicopters are ready to fly to and from the firm’s oil and gas platforms to lower the production disruptions should it become necessary to evacuate the offshore crew.

As the six-month hurricane season started in the Gulf of Mexico started on 1 June, Chevron disclosed last week that it has prepared for it through design, workplace safety training and by maintaining its fleet of 18 helicopters ready for flying to and from its production platforms.

The company explained that having its own fleet of helicopters, along with a detailed game plan, minimises the potential for production disruptions when crew evacuation becomes necessary.

Jose Jaramillo, manager of Chevron’s aircraft operations in the Gulf of Mexico, remarked: “Other companies that depend on contracted helicopters to evacuate can’t create their own schedule and might have to start departing the platform days in advance. With our own helicopters on standby, we have more flexibility in determining when to safely shut down the platform, and after the storm passes, we can quickly remobilise, assess our facilities and bring production back online days faster.”

Chevron further outlined that its platforms are designed to withstand “once-in-a-thousand-year” storms and have weathered numerous hurricanes in previous years. The company informed that when a hurricane approaches, it shuts down its operations before evacuating personnel, elaborating that shut-ins are “meticulous but essential processes” that lock hydrocarbons in reservoirs and wells. The next step entails dispatching the firm’s in-house helicopter fleet to evacuate the U.S. player’s offshore workers.

The U.S.-headquartered giant also explained that it works with professional meteorologists who specialise in the offshore environment and provide “extremely accurate” forecasts several days ahead of an approaching storm, which gives the firm time to prepare and manage “safe and efficient” evacuations.

“We try to do everything as efficiently as possible. We have a vested interest in keeping our employees safe and making sure we do things the right way,” concluded Jaramillo.

When it comes to Chevron’s most recent activities, it is worth noting that the U.S. giant awarded a ten-year deal in mid-June 2022 to Australia’s Worley for the provision of multiple services to its portfolio of onshore and offshore assets scattered around the world.