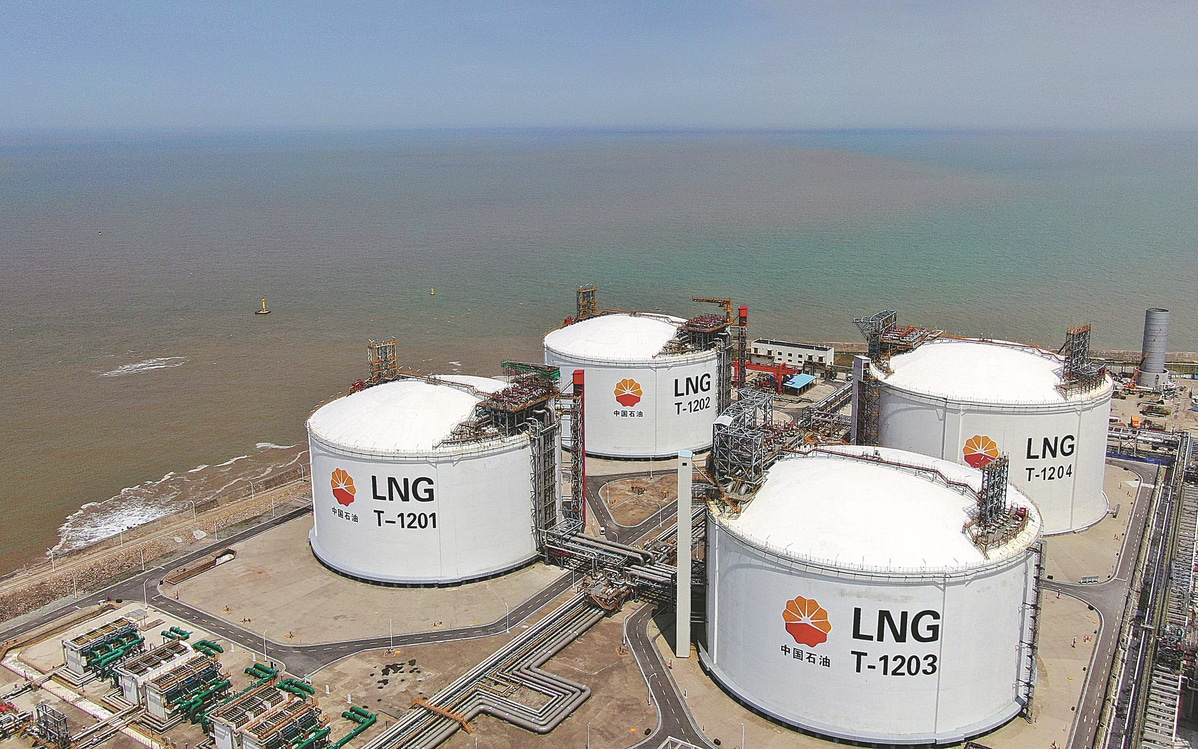 China’s liquefied natural gas (LNG) importers will stay out of the spot market this winter as demand growth has skidded to the slowest since 2002, meaning the world’s top importer of the fuel will likely avoid competing with crisis-hit Europe for supplies.

That reduced demand means China should yield its top importer title back to Japan this year, easing pressure on the global market and offering much-needed relief to Europe, which is scrounging for cargoes after top supplier Russia cut pipeline gas flows amid the Ukraine crisis.

China’s total LNG imports are expected to post their first major annual decline since 2006, with estimates from consultancies JLC, ICIS and Rystad Energy ranging between 65 million to 67 million tonnes. That would be down from a record 78.9 million tonnes in 2021, according to data from China’s General Administration of Customs.

Fourth-quarter shipments may fall by one-fifth from a year earlier to 22.4 billion cubic meters, or 16.4 million tonnes, according to estimates from JLC analyst Ricki Wang.

Independent gas distributors ENN Group and JOVO Energy plan to cut their LNG imports, company sources said. ENN and state-run Sinochem are expected to continue diverting term cargoes to Europe or other North Asian buyers, according to four traders that participate in the market.

“China basically stopping bidding for spot is great because (there is) one less party to fight for cargo,” said Alex Siow, ICIS’ lead Asia gas and LNG analyst.

Reducing its demand for gas means China is over-contracted for LNG, “and this is big news for the market because being over-contracted means that China is essentially growing the spot pie,” he said, adding this was good news for Europe as “Europe is basically just going for spot right now.”

Analysts at JLC, SIA Energy and Rystad Energy expect China’s overall gas consumption to hold steady or even decline by 2% to around 370 billion cubic meters this year, the slowest growth since at least 2002.

LNG imports also fell after Asian spot prices surged this summer, eventually peaking at a record $70 per million British thermal units (mmBtu), as Europe drew cargoes away from the region to refill inventories in the wake of the Russian disruptions.

With Chinese wholesale prices capped at about $20 per mmBtu, that would mean losses of over $100 million per cargo.

China is also pumping more gas domestically and receiving more from Russia both by pipeline and as LNG shipments.

JOVO Energy expects to cut imports by 20% this winter from a year earlier, a senior company trader told Reuters.

“We are not making any spot purchases this winter, but rather focusing on shipping in short-term cargoes signed last year and term cargoes,” he said.

Chinese LNG buyers have redirected numerous LNG cargoes to Europe as a result of the muted domestic demand.

Since July, ENN Group has been diverting its U.S. LNG shipments contracted in late 2021 to Europe and Northeast Asia and privately-run Guanghui Energy has also diverted its term cargoes, traders said.

“Our domestic gas sales were disappointing, but we’re doing well in the overseas market,” an ENN trader said.

With independent firms shying away from spot purchases, it would be up to large national energy companies like PetroChina and Sinopec, which typically have a broader supply base, to continue spot imports to fill supply gaps, traders said.

PetroChina, the country’s largest natural gas producer and top client of pipeline gas from Russia and Central Asia, is widely believed to be the most active Chinese trader optimizing cargoes.

“National firms will continue to ship in pricey spot cargoes if needed, but they’ll often swap out lower-priced term cargoes for a profit in the international market for optimization,” said a Beijing-based state trader.

Several Europe-based traders expect the trend of China diverting cargoes to Europe to last for at least the next couple of years, especially given the savings that can be made on shipping costs for cargoes redirected from the United States.

LNG shipped for the next 12 months from U.S. exporter Cheniere Energy’s Sabine Pass plant in Louisiana will be much more profitable sailing to Northwest Europe than Asia, said Henry Bennett, head of pricing at LNG freight pricing agency Spark Commodities.

“For a December-loading cargo from U.S. Gulf Coast, it’s almost $4 (per) mmBtu in extra freight costs to send to Asia versus Northwest Europe,” he said.