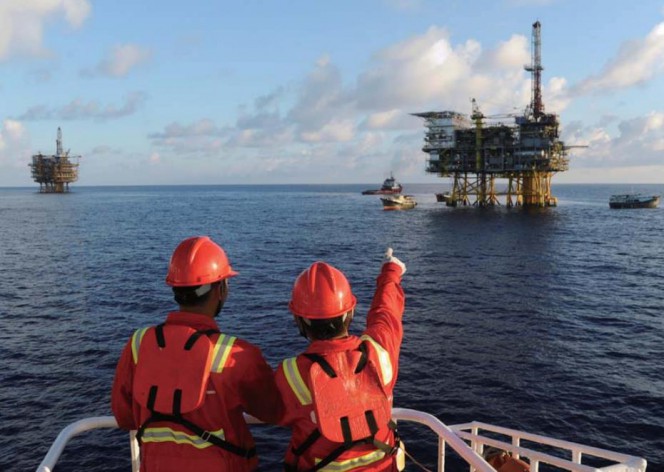 Chinese coastguard and navy ships intruded into Malaysian waters in the disputed South China Sea 89 times between 2016 to 2019, and often remained in the area even after being turned away by the Malaysian navy, the government said in a report on Tuesday.

The report comes amid escalating tension between the United States and China over Beijing’s claims to most of the resource-rich South China Sea, which is also a major trade route.

The Philippines, Brunei, Vietnam, Malaysia and Taiwan have their own claims that overlap in part with China’s and, in some cases, with each other’s.

Malaysia has sent six diplomatic protests to China over encroachment in its waters, including one in 2017 in response to a Chinese note asserting its claim to the South Luconia Shoals, a fishing ground off the Malaysian state of Sarawak, the National Audit Department said in the report.

Chinese coastguard and navy vessels trespassed in Malaysia’s waters despite being turned away by its navy, it said.

“The reason for the ... appearances was to assert China’s presence with regards to its claims on the South China Sea, particularly in the area of the South Luconia Shoals,” the department said.

China’s foreign ministry did not immediately respond to a request for comment.

This year, a Chinese research ship spent a month surveying in Malaysia’s exclusive economic zone, amid a standoff with a Malaysian oil exploration vessel near disputed waters.

On Monday, the United States rejected China’s claims to offshore resources in most of the South China Sea, drawing criticism from China which said the U.S. position raised tension in the region, highlighting an increasingly testy relationship.