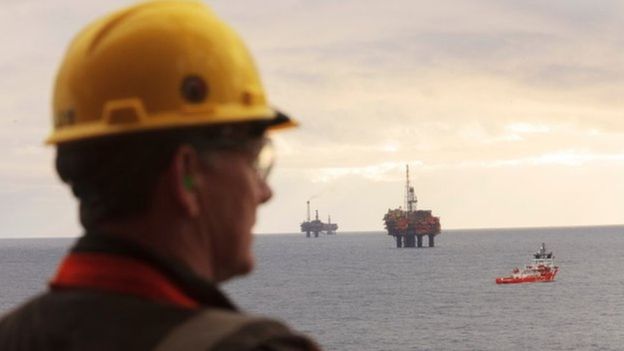 Sir Winston Churchill once admonished leaders to never let a good crisis go to waste. Wall Street banks and other large banks have been paying attention: They were shrewd enough to seize the opportunity presented by the last financial crisis to get hard-nosed government agencies to approve giant M&A deals they would otherwise have frowned upon.

The oil sector should take its cue from the banking sector and try out a little Churchillian wisdom.

Rob Cox, global correspondent for Reuters Breakingviews, seems to feel that is inevitable. He has told Reuters that the Covid-19 crisis could lead to merger mania in sectors like telecoms, auto, consumer goods, and energy.

But unlike the mid-cap energy mergers that had begun to break out before the crisis struck, Rob says tie-ups between giant producers like ExxonMobil (NYSE:XOM), Chevron (NYSE:CVX) and BP(NYSE:BP) among others is now within the realm of possibility.

Pre-crisis notions about competition and antitrust concerns, Cox argues for Reuters, might take a backseat as economies emerge from lockdowns with governments changing tack and beginning to prioritize building industries with better operational efficiencies, lower costs, and healthier balance sheets.

Giant energy companies could use the cost-cutting gambit to justify mammoth deals that would otherwise fail to pass muster.

Under this backdrop, Exxon and Chevron might bandy together, and even throw in BP for good measure, to form the acronymous “ExChevBrit” whose combined market cap of $425 billion and reserve pool of ~70 billion barrels of oil equivalent would still pale in comparison to Saudi Aramco’s $1.6 trillion value and 270 billion Boe.

The financial crisis of 2008 that crippled the global banking sector, Cox notes, opened the way for mega-mergers such as Bank of America paying $50 billion for Merrill Lynch; Wells Fargo ponying up $15.1B to snag West Coast rival Wachovia and high-street lender Lloyds TBS coughing up £12bn for HBOS.

Cox concludes by predicting that the backlash facing sprawling conglomerates such as 3M, Emerson Electric, and General Electric is likely to fade away and even encourage the likes of Caterpillar and Deere to pursue their own tie-ups.

It’s going to be interesting to see whether Cox’s M&A game plays out this way in the long run. It has certainly done so to varying degrees in the past.

For instance, the last oil bust of 2016 acted as a catalyst for the $60 billion M&A deal between energy giants Royal Dutch Shell and BG Group, Suncor Energy, and Canadian Oil Sands, as well as a $35-billion proposed merger between Halliburton and Baker Hughes that eventually fell through.

However, things so far do not appear to be panning out this way.

We are currently witnessing a dramatic fall in M&A activity in the energy sector, as we previously reported. Indeed, a  recent report has revealed that U.S. upstream M&A deals during the first quarter only amounted to $770 million, or less than 1/10th the average quarterly deal amount over the past decade. The report further says that there are only ~$4.7B in upstream deals available in the market for snapping up, compared to $92 billion in completed mergers in 2019 or the average of ~$78 billion over the past ten years.

That’s a massive drop whichever way you dice it, an ominous sign that bearishness and uncertainty in the sector has reached unprecedented levels.

Although energy asset values have taken a serious plunge during the oil price collapse-- and have continued to fall even further as shale producers shut-in wells at record levels-- more secure producers like Exxon and Chevron are holding out because nobody seems sure if the energy sector will ever return to its pre-crisis shape.

Indeed, it’s more likely that energy companies will be more willing to hunt for deals in the low-carbon and renewable energy sectors. Last year, low-carbon acquisitions and joint ventures by oil companies surged to 33 from 20 the previous year, though the total deal amount was lower.

A new report by the International Energy Agency (IEA) says the renewables and clean energy sector has been bucking the trend, with renewable electricity generation growing 3% during the first quarter at a time when oil demand fell ~30%. Meanwhile, renewables’ share in the global electricity generation mix jumped to 28% during the first quarter from 26% by the end of 2019, mainly at the expense of coal and gas. The IEA has predicted that renewable power generation will expand 5% in the current year on the back of the expansion of wind, solar, and hydropower.

Given the resilience of clean energy, do not be surprised if the oil majors prefer to hunt for bargains in the sector and continue giving their own kind a wide berth.