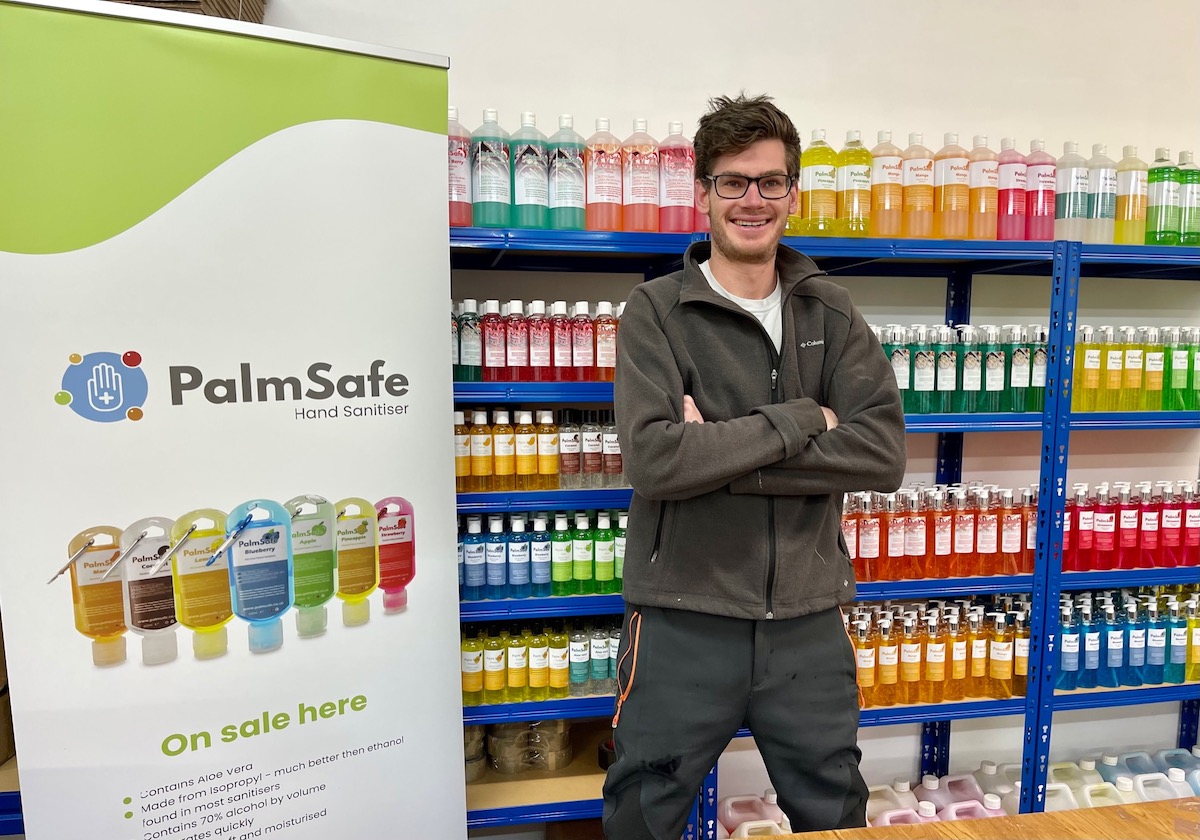 With hand sanitiser now part of our daily lives, people are starting to notice the difference in quality between different gels.  A common complaint among frequent users is that hand sanitiser dries out their skin and causes cracking.  A recent survey of over ​2,500 customers by sanitiser specialists, Palm Safe, concluded that more than 60% of respondents had encountered hand sanitiser at retail shops that was so ​unsatisfactory​ ​that ​they refused to use it, with supermarkets ​faring the worst.

​Marko Steiger, an owner of Aberdeen-based hand-sanitiser producer, Palm Safe, explains: ​“What a lot of people don't know is that not all hand sanitiser is created equal.  At the start of the pandemic, there was a rush to mass produce sanitiser and any company with access to Ethanol alcohol could produce ​sanitiser based on the WHO recipe.  ​The WHO-approved sanitiser is designed to be produced en-masse anywhere in the world and uses 3 basic ingredients which are readily available in any country.  It is very practical and was better than nothing when the pandemic hit and there were global shortages. However, the issue with sanitisers made to the WHO recipe, and indeed with all Ethanol-based sanitisers, is that Ethanol is ​actually not ​that great for your skin.  Most Ethanol sanitisers therefore contain lots of Glycerine, a cheap vegetable bi-product, which ​is used as a moisturising agent and ​is ​the reason why ​so many ​sanitisers leave your hands sticky. Many companies are still purchasing this type of sanitiser and don’t even realise alternatives are now available."

Ethanol is the type of alcohol ​which is ​present in alcoholic beverages.  ​It is commonly used in hand sanitisers but is not the only option. ​Isopropyl alcohol ​(also ​known as isopropanol, 2-propanol or rubbing alcohol) ​is an alternative with a number of advantages.  Ethanol and Isopropyl ​are ​actually the same when it comes to their ​disinfectant properties and both are typically used in hand sanitiser at a concentration of 70 percent in water.   However, the difference comes when they are rubbed on the skin.

​Ethanol works by denaturing proteins and dissolving lipids, effectively destroying many types of bacterial and viral cells.  It is ineffective against spores.  Ethanal is ​also ​capable of drying out skin and so should not be used directly without additional agents.

Isopropyl, on the other hand, evaporates at a similar rate and destroys bacterial and viral cells by the same mechanism.  However, it is not as effective at dehydrating living tissue and so is a better solution for disinfecting skin than Ethanol.  ​Isopropyl alcohol is often used as an antiseptic in hospitals for this reason.

Palm Safe scented hand gels are all made from 70% Isopropyl alcohol and contain aloe vera to leave hands moisturised and nourished.  The ​company's Trustpilot ​page ​shows ​hundreds of 5-star reviews. Their range, with 16 different scents, has gained an almost ​cult following among customers with many doctors, nurses and health and social care workers swearing by the products.