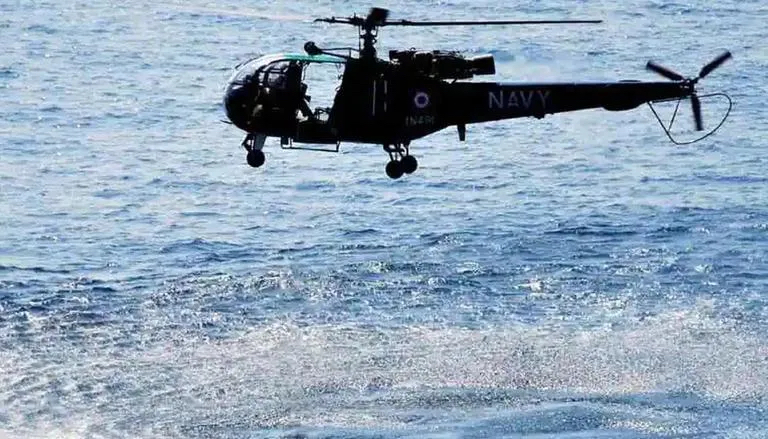 After a helicopter, carrying personnel from India’s government-owned company Oil & Natural Gas Corporation (ONGC), was forced to land in the Arabian Sea, close to the firm’s offshore rig, four casualties have been reported.

India’s giant reported on Tuesday that a helicopter carrying nine persons on board, including two pilots, made an emergency landing around 11.45 AM in the Arabian Sea, one nautical mile away from the company’s Sagar Kiran rig in Mumbai High off India.

ONGC confirmed that the Regional Contingency Plan (RCP) was immediately activated and the Indian Navy and Coast Guard were informed of the incident. In addition, the company’s vessels near the location were mobilised for search and rescue operations and the Navy also deputed its vessels and chopper while Coast Guard diverted its vessels and an aircraft.

In a separate statement, the Indian Ministry of Defense confirmed that the Cost Guard rescued a chopper operating for ONGC in Mumbai high area after the Maritime Rescue Coordination Centre-MRCC (Mumbai), under ICG received a distress alert, which was “promptly traced back” to a Pawan Hans Helicopter employed for ONGC in Mumbai High.

“The helicopter was carrying two pilots and seven crew and ditched into the sea whilst attempting an emergency landing on an oil platform,” based on the Ministry’s statement.

Moreover, the rescue operation was completed within “two hours with coordinated efforts of all stakeholders,” concluded India’s Ministry of Defence.

ONGC further added that “despite inclement weather conditions, the rescue operations were carried out very swiftly.”

According to the company and other sources involved in the rescue operation, the four, who were transported to the hospital in critical condition, did not survive.

The Indian state-owned giant said that it “deeply mourns this tragic loss of lives” and is “reaching out to the affected families and extending all possible support.”

ONGC further revealed that an enquiry has been instituted to investigate this incident.