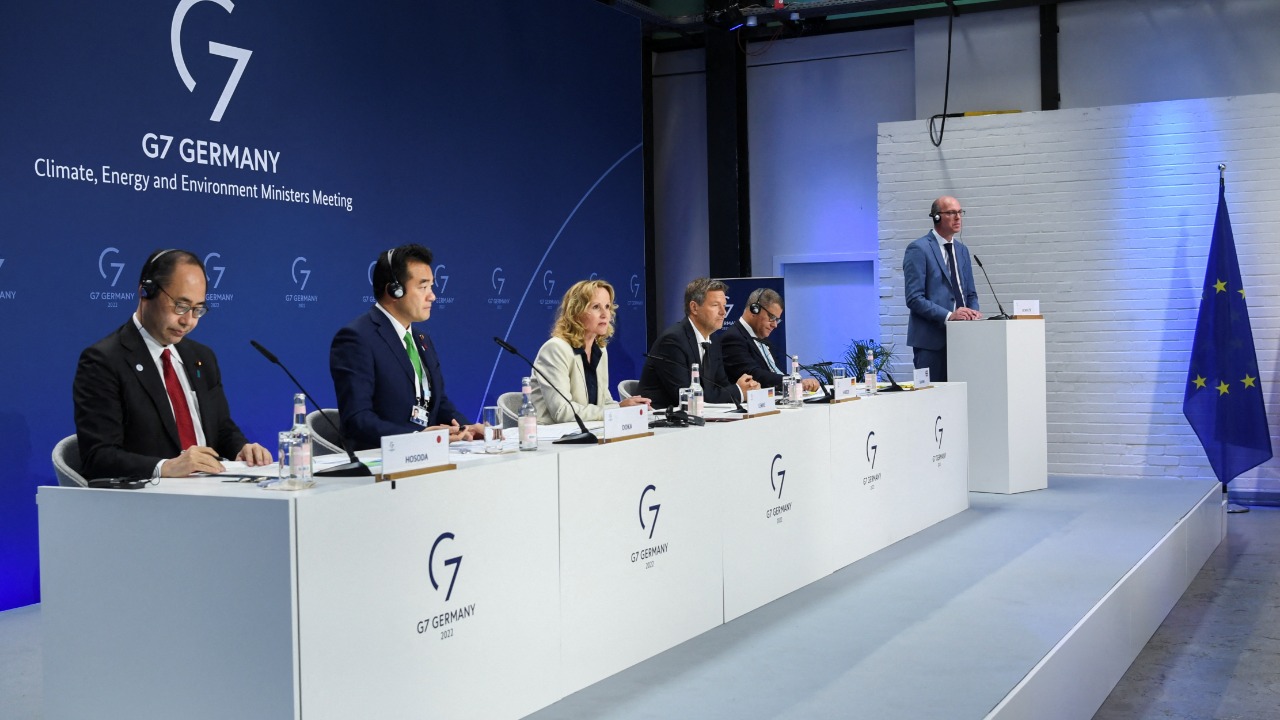 The G7 countries, representing the world’s biggest economies, pledged last Friday to end direct international public financing of the fossil fuels sector starting from the end of this year and affirmed the commitment to end inefficient fossil fuel subsidies by 2025.

Last Thursday and Friday, the G7 climate, energy, and environment ministers met in Berlin, concluding the meeting with an agreement on a communiqué that sends “a strong message in support of more climate action with a view to the 1.5°C limit and solidarity with the countries hit hardest by climate change.”

As a result, the G7 group – made up of Germany, Italy, France, Japan, the UK, the U.S., and Canada – has made a first-time commitment to the goal of predominantly decarbonised electricity sectors by 2035. Beyond that, they have committed for the first time to phasing out coal-fired power generation. However, no deadline has been provided for this commitment.

Another crucial outcome of the meeting was a decision by G7 – and, for the first time, Japan – to commit to ending direct international public finance of the fossil fuel energy sector by the end of 2022. However, the commitment does allow exceptions in limited circumstances that are consistent with a 1.5 °C warming limit and the goals of the Paris Agreement. The G7 noted the importance of the advancement of national security and geostrategic interests in this context.

Vice-Chancellor and Federal Minister for Economic Affairs and Climate Action, Robert Habeck, remarked: “This is enormous progress, which is more important than ever in times like these and in view of Russia’s terrible war of aggression against Ukraine. Climate action, the coal phase-out and the expansion of renewable energies are matters of national, European and international energy security. We have to take resolute action on them together.”

The group also noted the necessity to consider measures to stop the increase in energy prices driven by extraordinary market conditions amid Russia’s war in Ukraine, without compromising key climate policy mechanisms to drive the energy transition. As the recent events have also given rise to significant risks to the energy supply security of G7 countries and beyond, the G7 called on oil and gas producing countries to “act in a responsible manner and to respond to tightening international markets, noting that OPEC has a key role to play.”

Acknowledging the European Commission’s REPowerEU Plan to phase out dependency on Russian fossil fuels as soon as possible, the group stressed the important role increased deliveries of liquefied natural gas (LNG) can play in order to mitigate potential supply disruptions of pipeline gas, especially to the European markets.

The G7 countries also committed to decarbonising transport and industry and launched the G7 Hydrogen Action Pact on cooperating on market ramp-up, development, regulation and support of hydrogen value chains.

It is also worth reminding that, a couple of years earlier, the UK said it would end direct support for the fossil fuels energy sector overseas as it was working to support the sector’s transition to low-carbon energy and curb the effects of climate change.