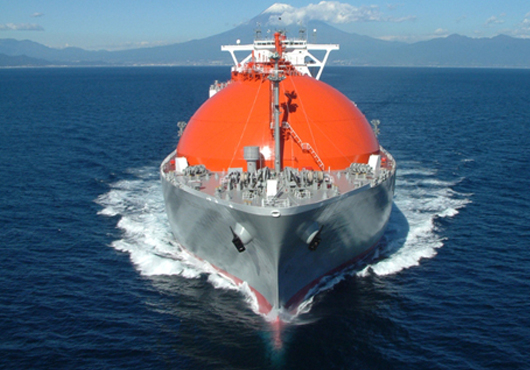 Is This The Next Major Market For U.S. LNG?

Natural gas producers have had little to cheer about over the past few months after prices sunk to multi-year lows amid a huge oversupply and warm weather. The slowdown could not have come at a worse time for the burgeoning U.S. LNG industry, which has experienced explosive growth over the past decade that put the nation on the cusp of becoming the world's largest LNG exporter ahead of Qatar and Australia. But now, U.S. LNG producers can afford to smile after nabbing a key customer: Turkey.

Turkey's LNG imports from the U.S. tripled during the first quarter to nearly a million tons (48 billion cubic feet of natural gas) as Ankara continued to distance itself from Russian and Iranian natural gas.

Gazprom's share in Turkish gas imports tumbled below 10% from 33% during last year's corresponding period, good for a 72% decline. Experts have pointed fingers at the recent political tussle between Ankara and the Kremlin in Syria and Libya as being to blame for the growing bad blood.

Turkey's Energy Market Regulatory Authority has also reported that the country received 2 billion cubic meters of natural gas from Iran during the timeframe, down 15% Y/Y. At the root of the problem is a blown-up natural gas pipeline charged with carrying ~10 billion cubic meters of Iranian natural gas to Turkey annually that has come under repeated attack with the Kurdistan Workers' Party (PKK) claiming responsibility for the latest. Turkey has been reluctant to do repair work on the damaged pipe and has even declined Iran's offer for assistance.

Turkey has also dramatically ramped up its LNG imports from Azeri over the past few months, receiving 924,28 million cubic meters of Azerbaijan natural gas in March, good for nearly a quarter of its nat gas imports for the month.

The increasing U.S. LNG exports to Turkey certainly is a welcome development.

Exports to Turkey in 2019 amounted to 30,075 million cubic feet, representing a mere 0.7 percent of total exports.

However, the current clip of Turkish exports of nearly 50 billion cubic feet per quarter means that Turkey is set to become a top-five natural gas customer for the United States after Canada, Mexico, South Korea, and Japan.

Politics aside, low LNG prices appear to be behind Turkey's decision to dump Russia and Iran.

Asian spot prices for liquefied natural gas recently dipped to a record low of less than $2 per mmBtu due to lackluster demand as economies the world over continued being on lockdown. Azerbaijan's state energy company SOCAR has been willing to renegotiate its replacement contracts with Turkey to reflect the prevailing low prices, something Gazprom has been dragging its feet on. For the first time, Turkey's LNG imports are now outpacing purchases of natural gas through pipelines.

After a brief rally, natural gas prices have resumed their downtrend, with the August contract poised to test the June contract lows at $1.55 per mmBtu as the markets remain oversupplied with the commodity. LNG producers have been storing excess inventories in the seas, with fears that a price war between Qatar, Australia, and the U.S. could trigger an even worse selloff.

But maybe the supply overhang will not last much longer.

U.S. natural gas exports declined to 5.6 billion cubic feet per day in the final week of May after averaging 6.7 Bcf per day during the first three weeks. This marked the lowest level of LNG feed gas deliveries in eight months, despite the commissioning of an additional 2.0 Bcf/d baseload of new liquefaction capacity over this period.

Meanwhile, warmer than normal weather in the midwest and east coast is expected to drive up cooling demand, while stronger manufacturing as economies gradually re-open is likely to support demand.