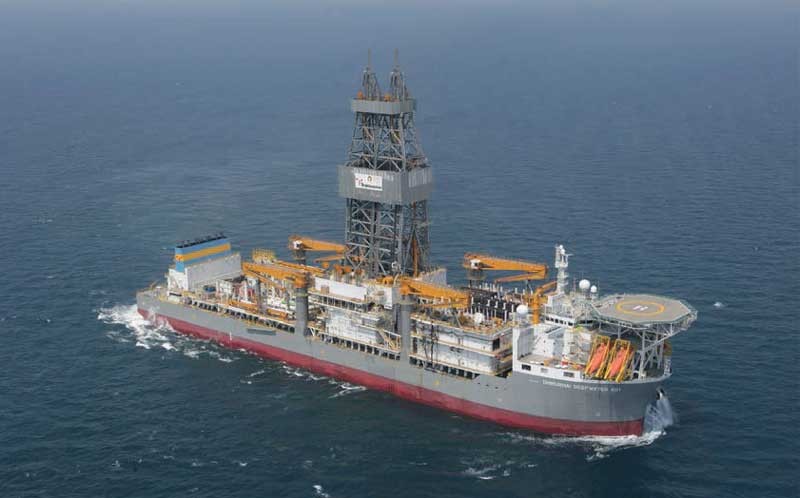 According to a recent social media update from Transocean, the naming ceremony for the Deepwater Atlas drillship was held on 30 April in Singapore where representatives from the rig owner and its project partners met to celebrate the occasion. The Deepwater Atlas is one of two Transocean’s newbuild drillships built by Sembcorp Marine’s Jurong Shipyard, the other one being Deepwater Titan.

The Deepwater Atlas and Deepwater Titan are the world’s first 8th generation ultra-deepwater drillships and the only rigs to feature a 3,000,000 pound hook-load. These drillships will include the first 20,000 psi well control system. They are also designed and equipped to optimize fuel consumption, reduce emissions and thus minimize the associated carbon footprint of each offshore project.

Transocean has also launched a video excerpt from the naming ceremony in a post on LinkedIn. In the video, Transocean CEO, Jeremy Thigpen, said that the drillship features all kinds of bells and whistles that the industry has never seen and is going to enable the company to access reservoirs that were never before accessed.

Keelan Adamson, Transocean President and COO, noted that these rigs are so well equipped that they can actually reduce the time it is going to take to drill a deepwater well.

These two drillships were ordered by Transocean back in 2014 for a price of $540 million each, but the deliveries were postponed several times.

Come June 2021 and Transocean agreed on another delayed delivery of Deepwater Atlas and Deepwater Titan drillships with the shipyard as well as a deferred payment for both rigs. It was then decided that the first would be delivered in December 2021 and the second one in May 2022.

Transocean also agreed with Beacon for drilling operations on the Shenandoah project in the U.S. Gulf of Mexico to start during the third quarter of 2022, expecting Beacon to begin drilling on the project, using the Deepwater Atlas, following a final investment decision.

After the project’s FID, Transocean was in August 2021 awarded a $252 million firm contract by Beacon for the Atlas ultra-deepwater drillship. Although it was previously planned to start operations in 3Q of 2022, Transocean’s latest fleet status report shows that the contract start is now expected in 4Q 2022. Shenandoah is located 160 miles off the coast of Louisiana in the Walker Ridge area of the Gulf of Mexico.

When it comes to the Titan drillship, its drydocking phase was completed in Singapore about three months ago. The rig’s first contract following delivery from the shipyard will be with Chevron. The agreement from last June specified that the rig’s commercial operations were expected to start in the first quarter of 2023 and will last until 1Q 2028.