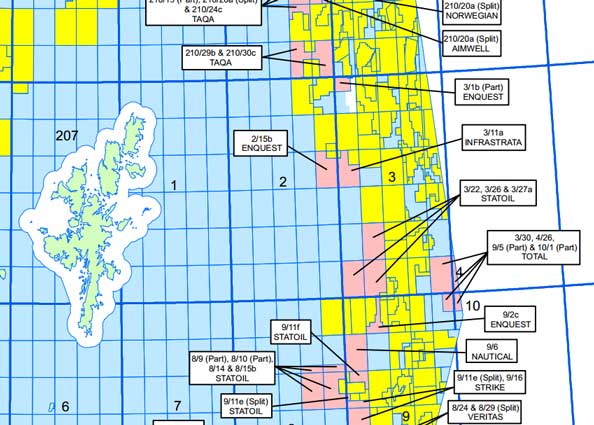 40 years old North Sea discovery to be developed by InfraStrata

InfraStrata plc, an independent petroleum exploration and gas storage company, has together with its partner Carstone Exploration Limited, been offered block 3/11a by the Department of Energy and Climate Change in the UKCS 28th Seaward Licensing Round.

InfraStrata will be the Operator of the Northern North Sea block with a 50% interest. The partners intend to accept the offer for the block under the terms of a promote exploration licence where a drill-or-drop decision is required within the first two years of the licence period.

The block contains the undeveloped Oulton oil discovery (3/11-1 and 1ST) estimated to contain approximately 16 million barrels of recoverable oil. The discovery was made over 40 years ago by Amoco, and flowed in excess of 1000 barrels of 41 degrees API oil per day on test from Jurassic Emerald sandstones.

InfraStrata said it believed that the use of modern offshore technologies combined with access to nearby infrastructure will enable Oulton to be successfully developed in the near future.

Commenting on the announcement, Andrew Hindle, CEO of InfraStrata said: “We are very pleased with this success in the round. It is the first project which has resulted from our exploration new venture partnership with Carstone, announced in April this year. It marks the beginning of a new phase in building our exploration portfolio. We will be working together with Carstone to introduce one or more partners into the project to fund the next stage of the block evaluation and ultimately the drilling of a new well to appraise the discovery and classify the resources. This is consistent with InfraStrata’s strategy of funding drilling via farmouts.”