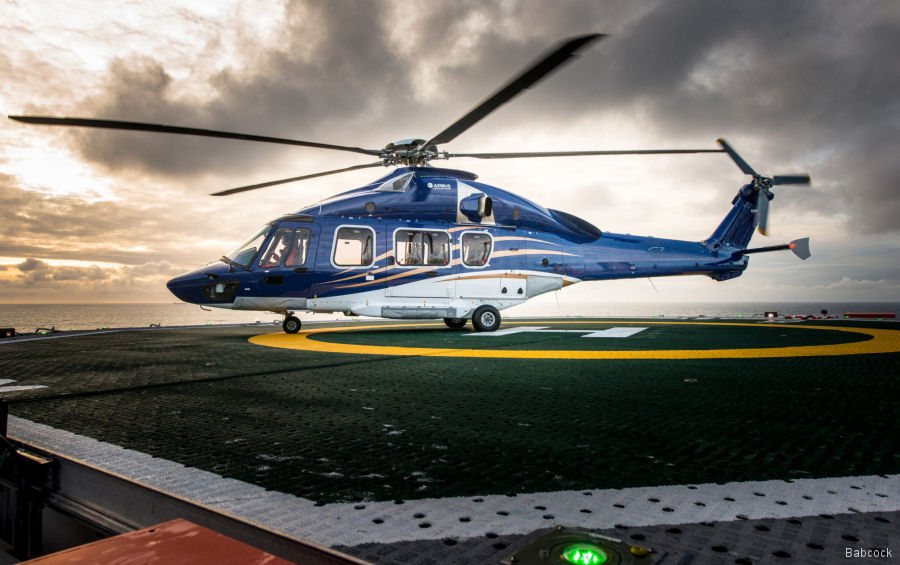 “It’s a nightmare of a business. I think we are doing a great thing putting it behind us. Maybe I should be getting a medal for getting us out of it,” said Babcock boss Archie Bethel as he drew a line under the company’s helicopter operations serving the oil and gas sector.

Winding down the operation that provides crews and supplies to rigs mainly in the North Sea accounted for most of the £540m charge Babcock took earlier this month.

It wasn’t supposed to be like this. Six years ago the purchase of aviation business Avincis was being trumpeted by Babcock – the biggest in the history of the company best known for its work maintaining military equipment.

Then chief executive Peter Rogers, who Bethel took over from in 2016, proudly talked about how the acquisition from private equity groups KKR and Investindustrial was “15 months in the making”.

Babcock paid £920m and took on £700m of Avincis’s debt for the business, which had a fleet of 350 aircraft servicing the oil and gas industry, as well as providing emergency services such as air ambulances and rescue helicopters along with police contracts.

“Avincis meets our strategic objectives as it brings into Babcock a market-leading business, delivering mission critical services and complex engineering support to blue-chip customers in multiple geographies,” said Rogers. “Avincis already has a strong growth platform and combining it with Babcock will generate even greater expansion opportunities and value creation.”

Buying Avincis was seen as a way of lessening Babcock’s dependence on the cash-strapped Ministry of Defence for work, while entering new and lucrative sectors away from the UK.

At the time analysts questioned whether Babcock had overpaid, with the company launching a £1.1bn rights issue to fund the deal.

But even before the deal completed in 2014, it faced trouble. With negotiations under way in November 2013, a police helicopter operated by Avincis crashed into a Glasgow pub, killing 10 and injuring 30. Babcock took on liabilities for the crash, thought to be several million.

In hindsight, it could have been seen as an omen. As the deal completed, oil was priced at $111 a barrel – around the level it had traded at for the previous four years. But within a few months, a barrel of the black stuff fell to about $45, and has yet to recover to anywhere near the previous highs.

As the energy industry contracted, so did demand for helicopters to transport oil rig workers – a business that represented about a third of Avincis’s operations.

Troubles intensified 2016. An H225 helicopter – a variant of those that formed the backbone of Babcock’s fleet serving the North Sea – flown by one of its rivals crashed, killing all 13 people on board. While investigators determined what caused the crash in which the rotors separated from the helicopter, H225s were grounded.

Even after they were cleared for flight in 2017, rig workers’ reluctance to board them and overcapacity in the market meant they remained under-utilised.

In the meantime, Babcock’s competitors serving the North Sea were having troubles of their own. Rival CHC went into Chapter 11 bankruptcy in 2016, wiping clean its debt and writing down its assets, with fellow players PHI and Bristow taking a similar course in the following years. Without the same burdens on their balance sheets, they were able to undercut Babcock.

Hinting at the trouble the company faced, in May 2018 Babcock entered a legal battle with Sikorsky over a £53m deal to buy two new helicopters. Babcock tried to cancel the order, abandoning the £2.5m pre-delivery payments, with the manufacturer fighting the cancellation.

At Babcock’s interim results this February, Bethel announced £85m of writedowns, largely related to its aviation operations and said there was a “price war in the sector which we don’t want to enter”.

Just how bad the market was for Babcock was highlighted by its North Sea fleet being more than halved to about 15 aircraft. Writedowns on helicopters by its rivals cut their values, meaning the company was paying more to lease helicopters than they were worth.

But buying Avincis hasn’t been a complete disaster, even though Bethel admitted to The Telegraph two years ago that “we would have bought it without the [oil and gas operations] if we could – there were some pretty racy forecasts for the oil price”.

A major attraction of Avincis was its “HEMS” – helicopter emergency services – which allowed Babcock to lessen its reliance on the MoD contracts, and win work overseas.

For all the problems in oil and gas aviation, this has paid off. When it bought Avincis, 90pc of Babcock’s revenues were in the UK – a level now been reduced to about 70pc.

Most of this is down to the HEMS business, with contracts providing rescue and air ambulance services across Europe, including some fixed-wing aircraft performing airborne firefighting duties using “waterbombing” aircraft.

Under Babcock’s stewardship, the former Avincis business has also grown, with revenues rising from about £470m at the time to £750m.

Foreign aviation operations have also opened doors into military work beyond the UK. Two years ago the company landed an 11-year €500m deal to help train military pilots for the famously protectionist French, and is discussing similar deals with other European nations, work which Babcock credits to establishing its credentials with its HEMS operations.

For all the costs and controversy related to buying Avincis, it may prove that Babcock landed a good deal.