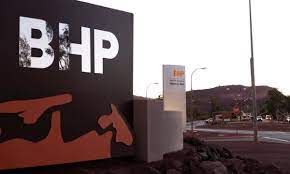 BHP Considering An Exit From Oil And Gas Industry

BHP said a merger with Woodside was one of the options being evaluated as part of a strategic review of its oil and gas business, and its place in the company’s long-term portfolio.

BHP added that a merger of Woodside and its oil and gas business, which is valued at between $13bn and $15bn, could include distributing shares in Woodside to BHP shareholders, but that “no agreement has been reached on any such transaction”.

The talks have emerged after recent speculation that BHP planned to shake off its oil and gas assets, ranging from oil and gas fields in Australia, Algeria and the Gulf of Mexico, to focus on producing metals that can help the green energy transition.

The $181bn Anglo-Australian miner, which owns one of the world’s largest copper mines, earns the majority of its profits from producing iron ore and copper and plans to accelerate its shift towards these raw materials used in electricity infrastructure.

Only about 12% of BHP’s revenues come from fossil fuels, and the company promised this time last year to sell off its remaining coalmines by next year as part of its plans to ready itself for a low-carbon future.

BHP will retain its stake in a venture that produces coking coal which is used to make steel because it believes steelmakers will adopt cleaner processes in the future to help cut their carbon emissions.

“BHP should know it’s better to exit petroleum sooner rather than later,” he added.

Shareholders have criticised BHP’s ongoing investments in oil and gas, which are linked directly to the sharp rise in atmospheric carbon dioxide emissions responsible for the climate crisis.

At the company’s annual shareholder meeting last October, its chair, Ken MacKenzie, said that although BHP accepted “the science around climate change” and supported the Paris climate accord “the reality is that all current plausible scenarios show that fossil fuels will be part of the energy mix for decades”.

The BHP chief executive, Mike Henry, said the company saw oil and gas as “something to invest in for the short to medium term”.

The company is expected to double its underlying earnings for the full financial year in its results on Tuesday after a post-pandemic boom in commodity prices.