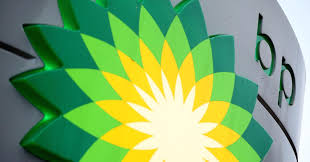 BP has announced that it plans to create the UK's largest 'blue' hydrogen production facility in the Tees Valley.

The proposed development, named H2 Teesside, would begin production in 2027, targeting 1GW of hydrogen production by 2030.

A feasibility study is currently taking place into the project, which would further boost the region’s ambitions to become a clean energy powerhouse for the UK and support other nearby industries in converting to hydrogen over natural gas and other energy sources.

Blue hydrogen is produced by converting natural gas into hydrogen and carbon dioxide which is then captured and permanently stored.

The H2Teesside project would be integrated with the already-planned Net Zero Teesside and Northern Endurance Partnership carbon capture, utilisation and storage projects in the region.

With 1GW hydrogen production, H2Teesside would generate and send for storage up to two million tonnes of CO2 per year, equivalent to capturing the emissions from the gas heating of one million UK households.

The captured CO2 would flow through Net Zero Teesside’s facilities and be taken for subsea storage via NEP’s offshore infrastructure.

The announcement came the day after it was revealed the Net Zero Teesside and Northern Endurance Partnership project had secured an extra £52m in private and public funding for the scheme.

BP has also already signed a Memorandum of Understanding with the Tees Valley Mayor and Combined Authority to explore the potential for green hydrogen, with the creation of the UK’s first hydrogen transport hub.

Tees Valley Mayor Ben Houchen, said: “This great news is just the icing on the cake of the past couple of weeks, when we’ve seen announcement after announcement on how Teesside, Darlington and Hartlepool is set to play its part in the clean energy revolution and the innovative sectors of the future in the way to Net Zero.