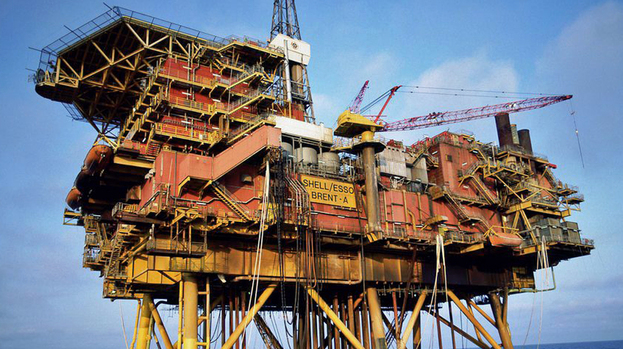 A container which fell into the North Sea and was left hanging 20ft below the surface of the Brent Alpha platform attached only by rope has now been lowered to the sea bed for safety reasons.

The incident occurred on Sunday on Shell's Brent Alpha installation and resulted in 54 non-essentially personal being evacuated from the rig.

The container was initially left hanging 20ft below the water, still attached to the crane, but concerns were raised that it would damage existing pipes.

Shell said "in due course" it would be recovered but had been placed at a depth of 140m to keep it safe.

“A total of 54 people have left the platform, with a team of 28 remaining on board as the planned recovery operation takes place.

Brent Alpha is 115 miles off Shetland.

The Health and Safety Executive (HSE) has been informed of the incident. No-one was injured.