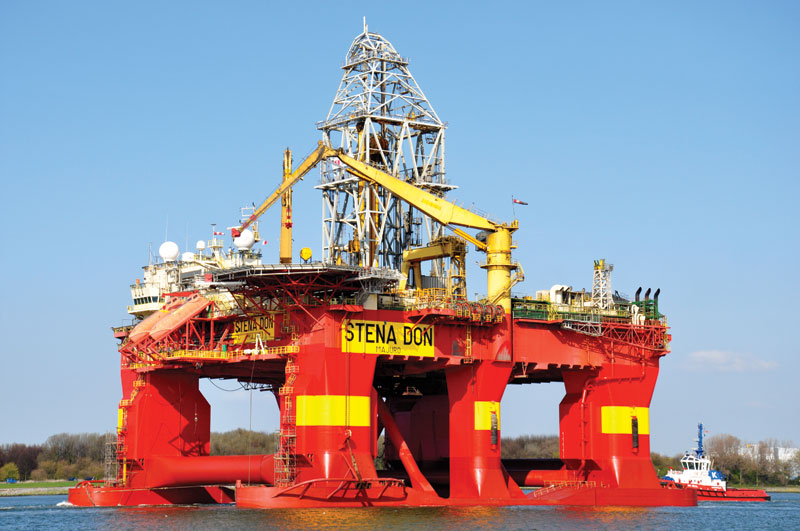 UK-based oil and gas company i3 Energy has completed drilling operations on the Serenity appraisal well in the North Sea but has not found the targeted sand.

The Serenity appraisal well is located on UK Licence P.2358, Block 13/12c and it was spud in September, using the Stena Don semi-submersible rig.

i3 Energy informed on Monday that the well was drilled to a total vertical depth of 5,630 ft below sea level. The targeted Lower Cretaceous Captain sand, which contained hydrocarbons in the 13/23c-10 well discovered in October 2019, was not present at this location. Over 100 ft of other Captain sands in various sequences were found but were water wet and as such a decision has been made not to run wireline logs. The well will now be plugged and abandoned.

Data recovered from the well will be integrated into further reservoir modelling to optimise a development plan to exploit the reserves, proven up by the discovery well, in the eastern area of the structure.

According to the company, the well was drilled significantly below budget and with no health, safety, environmental or lost time incidents. The total gross cost is expected to be circa £10.4 million. i3’s working interest in Serenity is 75 per cent but under the terms of the farm-out with Europa Oil and Gas, i3’s paying interest for the 13/23c-12 well is 53.75 per cent, resulting in an estimated net cost to i3 of £5.6 million.

In a separate statement on Monday, Europa said the rig will be released from contract following the plug and abandonement of the well.

Majid Shafiq, CEO of i3 Energy plc, commented: “Whilst this result is disappointing, we and Europa (having satisfied the farm-in conditions) will use the data recovered to improve our understanding of the Serenity field and the architecture and geometry of the Captain sand reservoir intervals.

“The data will also improve our understanding of the extent and geometry of the oil-bearing sand found in the 13/23c-10 discovery well. This will allow us to proceed with the planning and evaluation of a preferred development option, initially focussed on the eastern area of the mapped structure around the discovery well.”