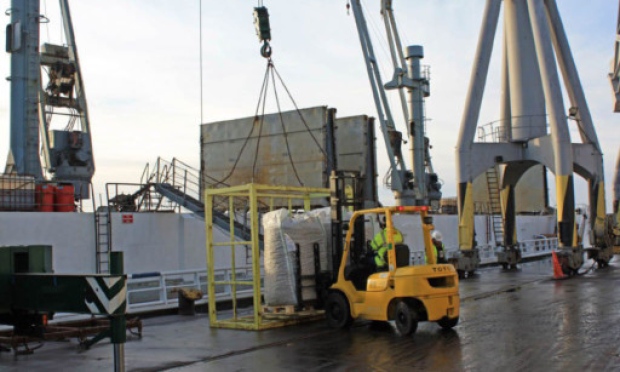 Port of Dundee operator Forth Ports said it will focus its efforts on enhancing the city’s position in the North Sea oil sector, as profit at the group leapt thanks to revaluations and finance credits.

The group — which has quayside facilities in Leith, throughout Fife and at Tilbury in its portfolio — also said it will support the development of a supply chain for key industries, including renewable energy, throughout its operations in Scotland.

Documents filed at Companies House reveal turnover rose 2.9% to £217.2 million last year, with the group hailing increases in its port operations and marine arms, including a “strong performance” on the Thames.

The trading strength more than offset a “small” decline in fortunes at the London Container Terminal and Nordic Recycling facility, also at Tilbury.

But the group, which employed an average of 1,140 people across the UK, said it would seek to boost prospects for Leith and Dundee in “supporting North Sea oil related activities” through collaborative working, while also working on the cruise markets and providing additional facilities “where necessary”.

Supporting “efficient supply chains for some of Scotland’s key industries, such as North Sea oil and gas, food and drink, agriculture and renewables” was also listed as a “key development in the foreseeable future”.

Other priorities include progressing a warehousing complex at Tilbury, as well as expanding London Paper Terminal, growing ro-ro ferry traffic and developing the area at the UK’s leading waste and recycling port.

In 2010 the Port of Dundee was identified as one of Scotland’s top prospects for renewables manufacturing under Scottish Enterprise’s National Renewables Infrastructure Plan.

A memorandum of understanding between the port, Perth-based power giant SSE, Dundee City Council and Scottish Enterprise was then signed amid fanfare in 2011, with the stated aim of supporting SSE and its partners in establishing a competitive supply chain for its offshore wind development programme.

But politicians’ claims over the scale of the opportunity have so far not translated into jobs, with would-be investors turning their attention elsewhere.

SSE has since scaled back its exposure to offshore wind projects amid a lack of clarity over subsidies, and difficulties attracting sufficient backing for the industry. Meanwhile, developers continue efforts to develop new technology and cut costs.

Overall, Edinburgh-registered Forth Ports’ pre-tax profits rose more than four-and-a-half times on the previous year to £69.4m. The return was helped by a property revaluation credit of £19.8m and finance income of £12.2m.

A dividend of £55m was paid to parent company Otter Ports, itself under the control of infrastructure investment fund Arcus.