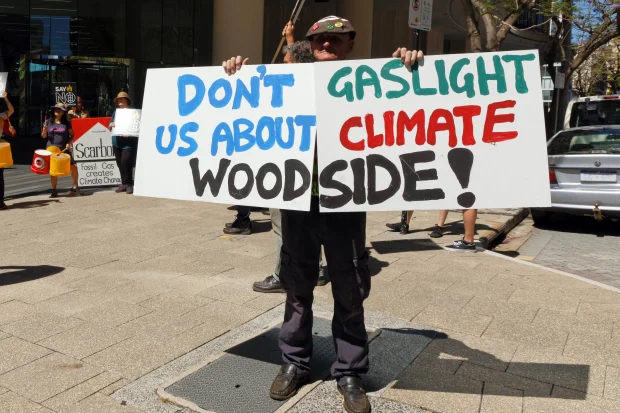 Woodside’s plan lags efforts by other oil and gas companies on tackling customers’ emissions, Glass Lewis said in a report seen by Reuters, adding it was concerned by the Australian company’s dependence on carbon offsets instead of operational changes to meet emissions reduction targets.

Woodside should also spell out how it plans to spend its stated green project investment target of $5 billion by 2030, it said.

The Australian Centre for Corporate Responsibility has also recommended investors vote against Woodside’s climate plan. Companies worldwide are under increasing investor pressure to adopt climate plans and the votes are closely watched even if the resolutions are non-binding.

Climate activism by investors in Australia has been thrust further into the spotlight after tech billionaire Mike Cannon-Brookes bought an 11% stake in AGL Energy seeking to shut down its coal plants faster by blocking a demerger plan.

Woodside’s May 19 annual meeting will also see shareholders vote on the company’s proposed merger with BHP Group’s petroleum business, which Glass Lewis backed, calling it “logical and beneficial” for Woodside.

“From a valuation perspective, considering BHP’s motivation as a seller appears to be driven primarily by factors other than price, we believe Woodside stands to benefit from acquiring BHP’s high-quality petroleum assets relatively cheaply,” Glass Lewis said in its report.

Under the deal, Woodside will issue shares to BHP for its oil and gas business, giving BHP shareholders a 48% stake in the merged company.