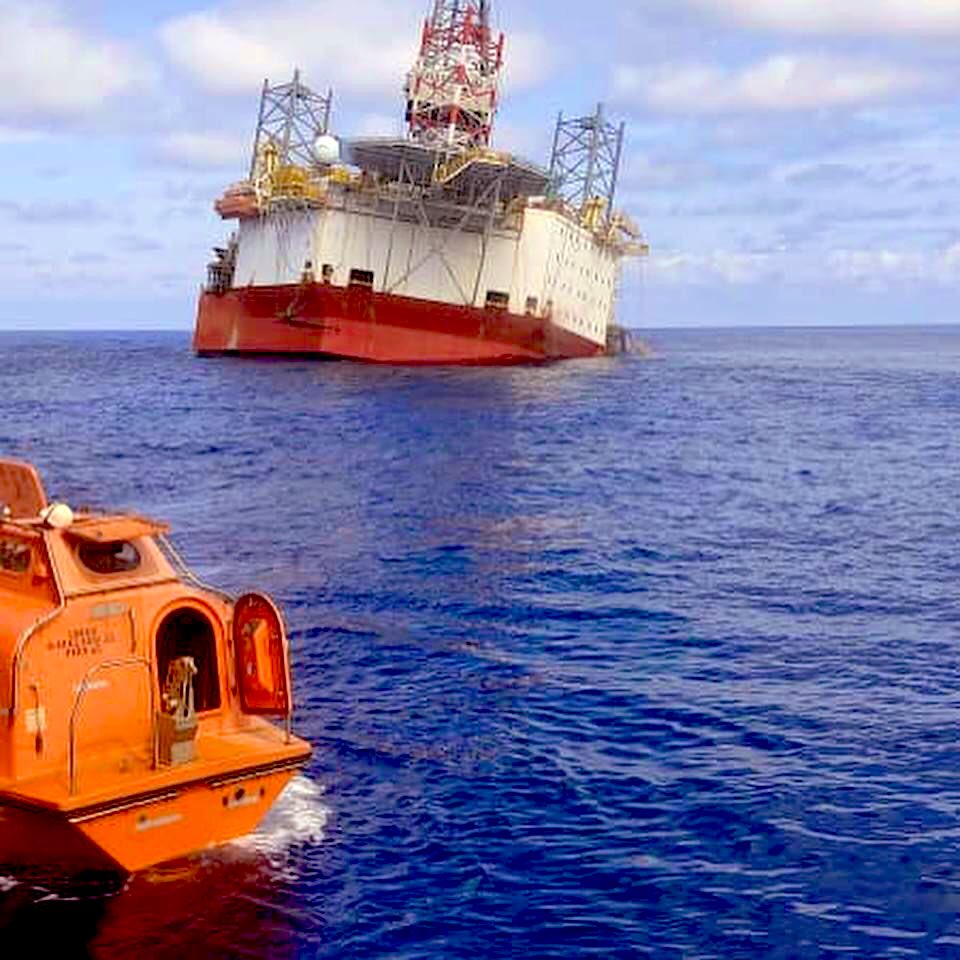 "The Board of Directors of Velesto Energy Berhad [...] regrets to inform that an incident involving one of our rigs, Velesto Naga 7, occurred at the worksite due to rapid penetration into the formation on 3 May 2021, Monday, whilst operating in offshore Sarawak for a client.

"The rig tilted and subsequently on 4 May 2021, Tuesday, VELESTO NAGA 7 submerged at the location. Drilling activities have not commenced and no well has been drilled," Velesto said.

According to Velesto, all personnel on-board are safe on the rescue vessels, and majority have been transferred to Miri, Sarawak. The remaining personnel are in the process of being transferred, Velesto said Tuesday.

"The company is investigating the incident and evaluating options. The rig is covered by insurance and recovery efforts are ongoing and monitored," Velesto added.

"The Company extends gratitude to all involved in the evacuation operation after the incident and the ongoing recovery efforts, including our client and all relevant authorities," Velesto said.

To remind, Velesto late in March announced it had secured a drilling contract for the rig with ConocoPhillips in Malaysia. The estimated value of the contract is around $8 million.

Under the contract, ConocoPhillips was to use the 2015-built, Gusto-designed, jack-up rig to drill up to three wells, with the start-up expected sometime in the first half of 2021.

The Naga 7 is a three-legged jack-up delivered by China's China Merchants Heavy Industries in 2015. The rig was built to a GustoMSC design.  It has a drilling depth capability of 30,000 feet (9144 meters) and has a rated operating water depth of 375 feet (114.3 meters).