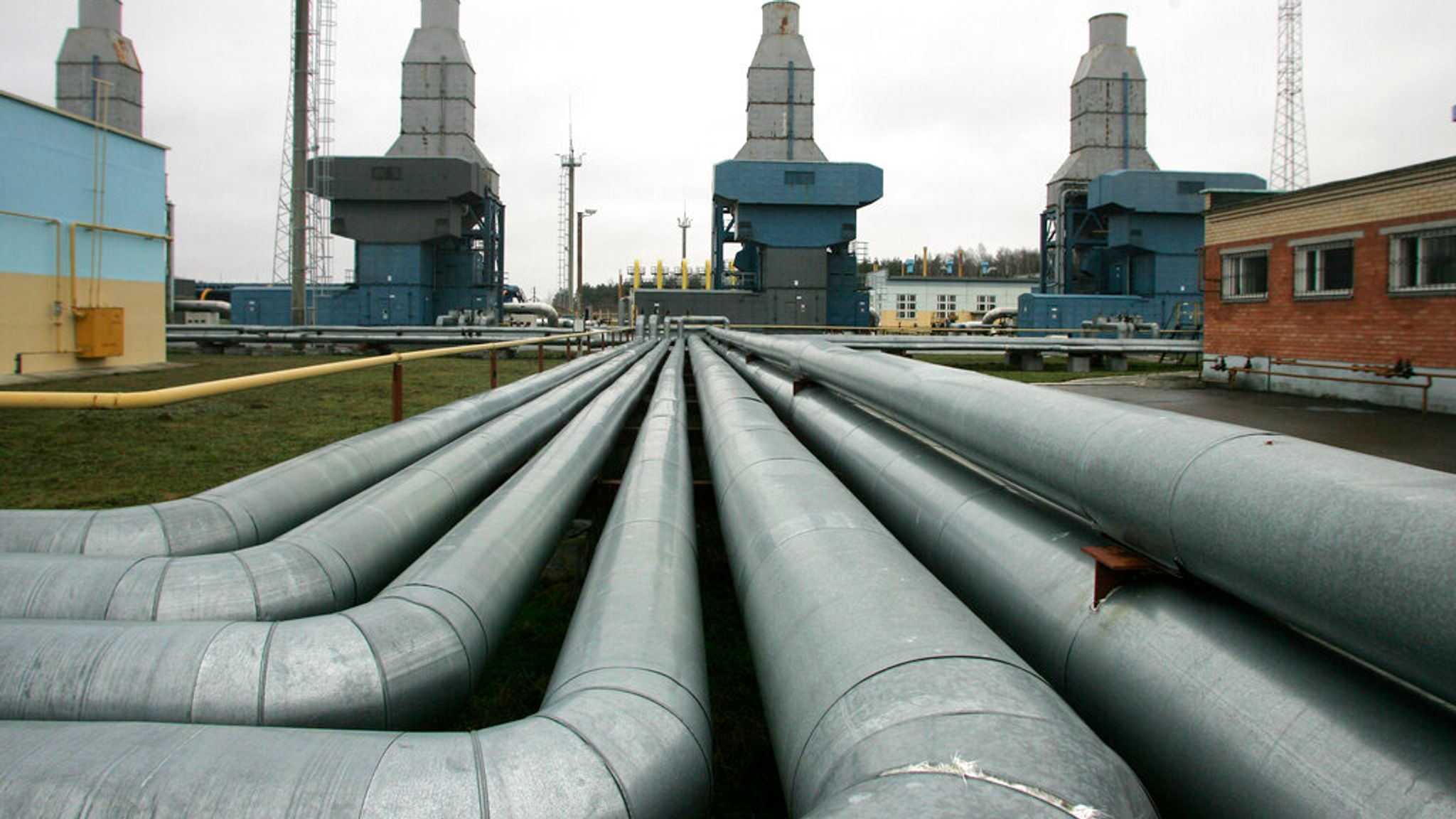 Russia is suspending natural gas supplies to Poland and Bulgaria.

Gas deliveries through the Yamal-Europe pipeline are set to come to a halt on Wednesday morning, officials in Warsaw said.

Poland's state gas company, PGNiG, said on Tuesday it had been told of the move by Russian gas giant Gazprom.

Gazprom also informed Bulgarian state gas company Bulgargaz that it will halt gas supplies as of Wednesday, according to the country's energy ministry.

Anna Moskwa, Poland's climate minister, insisted the country was prepared for such a situation after working for years to reduce its reliance on Russian energy sources.

She said the country has been effectively independent when it comes to Russian gas for some time.

"There will be no shortage of gas in Polish homes," Ms Moskwa tweeted, before repeating that message at a news conference.

"Appropriate diversification strategies that we have introduced allow us to feel on the safe side in this situation," she said.

Bulgaria has said it was working with state gas companies to find alternative sources.

"The Russian proposal for a two-step payment procedure is in violation with the current contract and bears considerable risks for Bulgaria, including to make payments without receiving any gas deliveries from Russia," the Bulgarian government said.

It added that no restrictions on domestic gas consumption would be imposed for now, despite the Balkan country of 6.5 million meeting over 90% of its gas needs with Russian imports.

The Yamal pipeline connects Russian natural gas fields in the Yamal Peninsula and Western Siberia with Poland and Germany, through Belarus, and is around 2,552 miles long.

Poland has been receiving around nine billion cubic metres of Russian gas every year.

European Network of Transmission System Operators for Gas published flow charts on its website showing drastic drops in gas flows at entry points in Kondratki, a town in eastern Poland, and Vysokaye, in Belarus.

Gazprom was cited as saying that Poland now has to pay for its gas supplies under a new procedure by the Russian news agency Tass, but the Russian company did not confirm the suspension of gas supplies.

Europe imports large quantities of natural gas from Russia to heat homes, generate electricity and fuel industry - and the imports have continued despite the war in Ukraine.

Some 60% of gas imports are paid in euros, and the rest in dollars.

European leaders responded to Mr Putin's demands to pay in roubles by saying they would not comply - arguing the requirement violated the terms of contracts and their sanctions against Russia.

PGNiG has also said that Russia's demand to be paid in roubles is a breach of the Yamal contract.

Elsewhere, Denmark's Orsted repeated on Tuesday that it has "no intention" of paying Russia in roubles for gas.