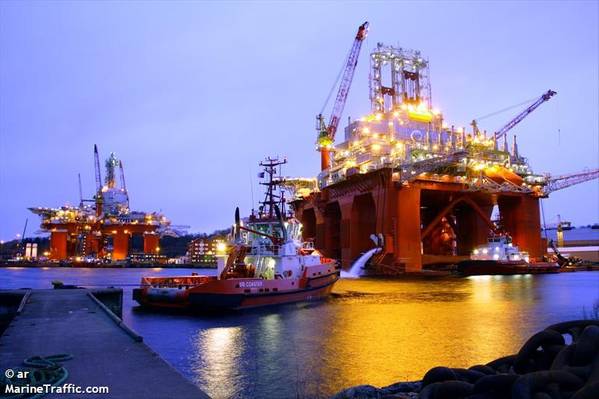 First, the Transocean Barents semi-submersible drilling rig was awarded a two-well contract in Norway, with a start expected in February 2022.

The contract award is approximately 200 days in duration and adds an estimated $60 million in firm contract backlog, Transocean said.

Also, Transocean Norge was given a four-well contract in Norway, with five one-well options, with drilling set to begin in March 2022.

Transocean said the contract award was about 200 days in duration, adding an estimated $56 million in firm contract backlog. The drilling firm did not say who the clients were.

According to Transocean's latest fleet status report, released in April, the Transocean Barents was on a contract with MOL in Norway, with a start-up in May, and ending in December 2021, at a dayrate of $270,000

Per the same fleet report, the Transocean Norge had a $297,000 a day contract with Equinor, expiring in June 2021.