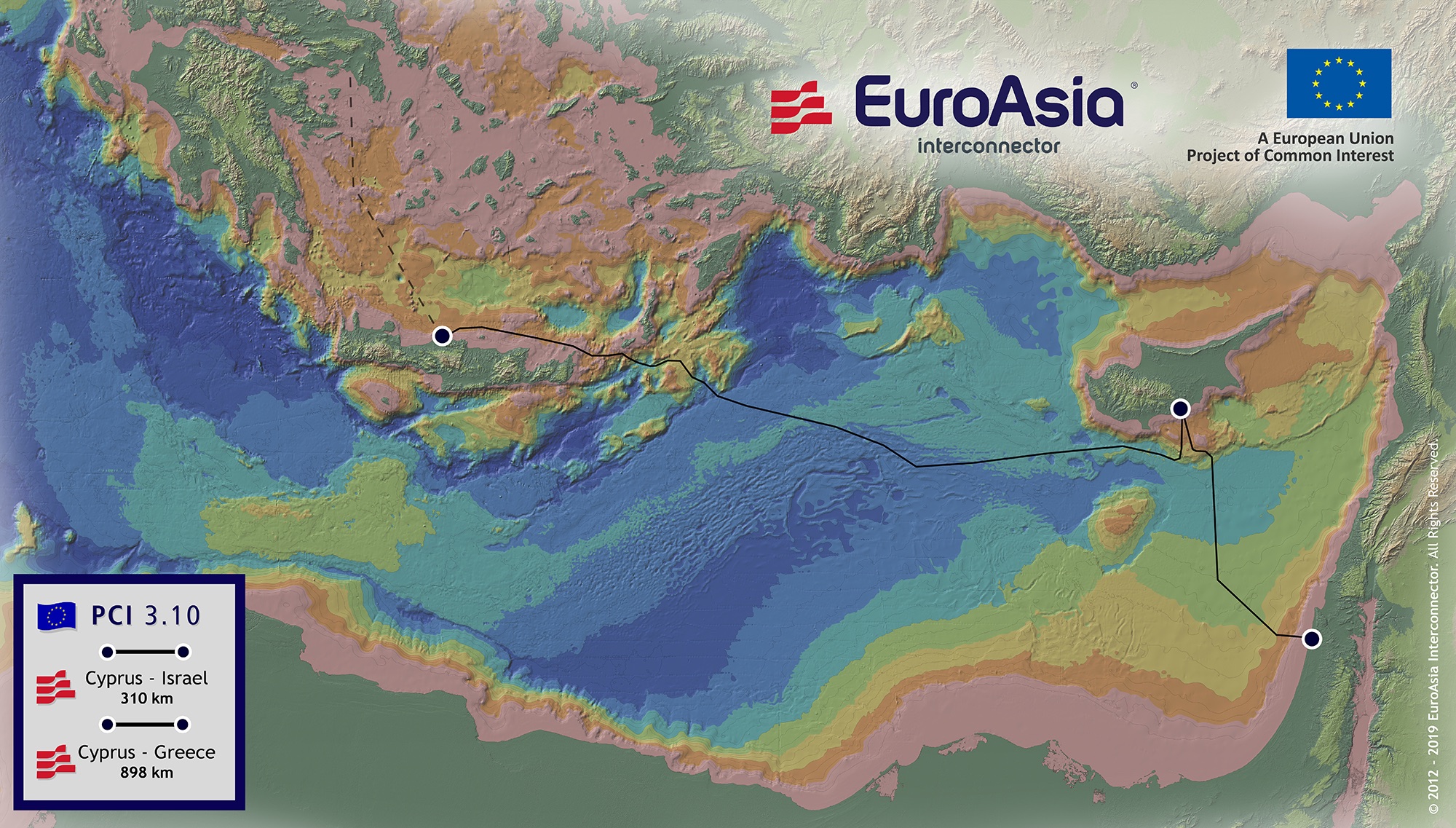 During a recent Honorary Doctorate degree ceremony at the Ben Gurion University of the Negev in Israel, Von der Leyen said that tapping into Israel’s vast renewable sources of energy will help reduce the EU’s dependence on Russia.

“We are now exploring ways to step up our energy cooperation with Israel,” Von der Leyen said. “We have two major projects in preparation: the world’s longest and deepest underwater power cable, connecting Israel with Cyprus and Greece. This will over time be electrification from renewable energies. That is where the investment has to go into.”

According to the president of the European Commission, Israel has an abundance of natural resources to produce renewable energy, and Cyprus and Greece are important in securing energy supply.

Von der Leyen believes that the EuroAsia Interconnector is an investment in both Europe’s and Israel’s energy security and the infrastructure will also contribute to decarbonizing the EU’s energy mix.

“And we have to take all our knowledge, all our engineering and entrepreneurial spirit that we have to innovate, to bring about the innovative technologies, to work to fight climate change, to make this world a better place, and to hand it over to our children with still a spring, a summer, a fall and a winter to experience,” Von der Leyen concluded.

“It is a great example of democracies sticking together not only in times of conflict but mostly to fight this huge enemy we have, and that is climate change. This is the big looming crisis in the background.”

The EuroAsia Interconnector is a multi-terminal VSC-HVDC scheme that will connect Israel, Cyprus and Crete in Greece, and will comprise converter stations with sea electrodes, interconnected by cables.

The first phase of the 2,000 MW interconnector is expected to be operational within 2025.

The project has secured all the relevant permits and licensing, including binding offers from Siemens and high voltage cable manufacturers Nexans and Prysmian.

The interconnector is a Project of Common Interest (PCI) and has been included in the EU’s list of PCI infrastructures since 2013.

At the beginning of the year, the project received €657 million under the Connecting Europe Facility (CEF) for trans-European energy networks scheme.

As recently reported, four environmental groups are requesting the EU Commission to review the decision that approved the Projects of Common Interest list and gave 30 proposed gas projects priority status.

The organizations began legal action to end support for the proposed gas projects, saying the Commission has given these “climate-destructive projects” a VIP status, in contradiction to its legal obligations.

To remind, in mid-May, the EU Commission presented the REPowerEU plan on how the EU can rapidly reduce its dependence on Russian fossil fuels and fast forward the green transition.

Shortly after, the European Union leaders decided to ban almost 90 per cent of Russian oil imports by the end of the year following an agreement on the sixth round of sanctions against Russia due to its invasion of Ukraine.