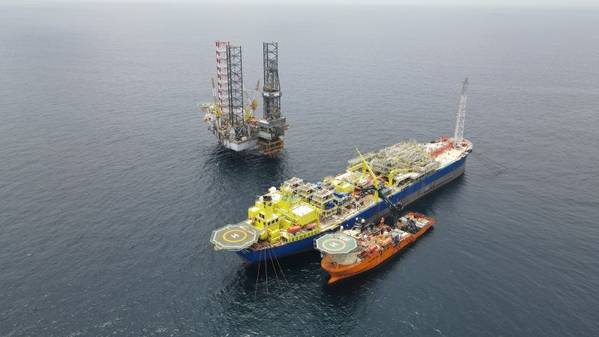 Malaysian FPSO specialist Yinson has been selected by TotalEnergies, to conduct preliminary Front-End Engineering Design (“pre-FEED”) for two FPSOs to be installed in Block 20/21 in Angola and Block 58 in Suriname.

The topside design will be performed by Technip Energies, a key partner with Yinson for the pre-FEED, Yinson said Wednesday.

The pre-FEED will provide TotalEnergies with technical and commercial lease and operate proposals, including solutions to reduce emissions, within 32 weeks from the agreement date. Yinson’s Oslo office will be executing the pre-FEED for an undisclosed fee.

Yinson’s CEO of Offshore Production, Flemming Grønnegaard, said that the pre-FEED awards were Yinson’s first projects with [TotalEnergies], and believed they marked the start of a fruitful, long-term working relationship between the two parties.

He said: “We are indeed thrilled with this opportunity to demonstrate our strong technical and operational capabilities to  [TotalEnergies], one of the world’s leading energy players. We are currently building an FPSO for the Campos Basin in South America and have been operating in the African region since 1995. We hope that we will be able to further contribute to the production of energy in these regions through these projects, and many more to come.”